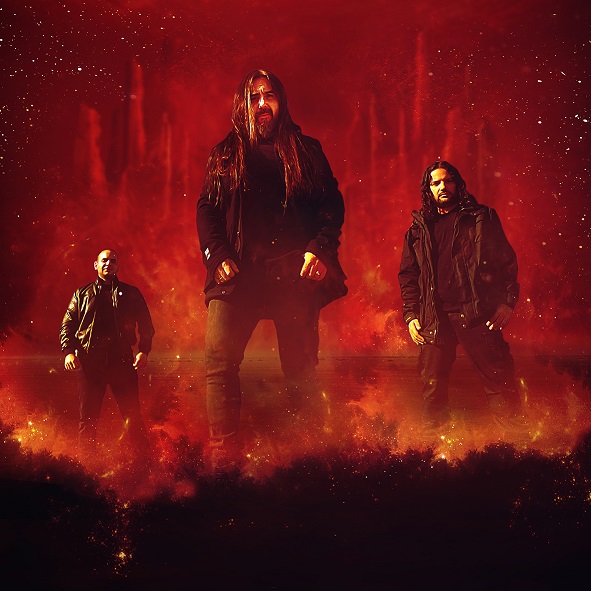 One of the best bands of the Greek power/thrash metal scene, Desert Near the End is ready to reach a broader audience worldwide. The band’s fourth album, “Of Fire and Stars”, released one year ago, contained top-class power/thrash metal and put the band’s name on the table. Myth of Rock, anxious to learn the news from the camp of Desert Near the End, contacted vocalist Alexandros Papandreou - right below you can thoroughly read all the interesting things that were discussed!

Hello! "Of Fire and Stars" was a great album that had a strong impact in the global power/thrash scene. How do you feel when you listen to the album now?

Greetings! Wow! It’s nice to know that! You know, we are currently running the mixing process for the new album and I do that test quite often…I listen to the previous albums and try to see if things are playing out! If there is a clear path forward as a band and our songwriting! I think it serves its purpose as a big step forward in Desert Near the End’s future!

Which bands is the worldwide elite of power/thrash at the moment?

Well, the bands that inspired us are still here, but not as raw and powerful   as they used to be. We grew up with the early days of this genre with bands like Iced Earth, Blind Guardian, Morgana Lefay, Nevermore, etc.

So, I could not say for sure which one is a worldwide elite, because each one of the bands I mentioned has carved its own path and I’m not sure at this point that they serve the term “power/thrash”.

Please let our readers know some things about the band's biography and introduce us the rest of the current Desert Near the End members.

Well of course! We are currently a three-member band. I on vocals, Akis Prasinikas on the bass, and Panos Kalompratsos plays the guitar. Drummer seat and second guitar are filled by guest musicians, when it is needed. We began playing music at high school, when Akis and I used to be members of a school band. We just kept on going, when others decided to stop. We wrote our own songs in 2000 and tried to record some demos. Just the two of us!

Your first three albums were a trilogy. What is the concept of the trilogy and how did the fans accept it?

Well, it’s funny, because we didn’t plan that! We completed the first album and before we recorded it, we sat down and put the lyrics and songs in order, and came up with a story about it. And we kept “telling” this story for two more albums. We were composing the concept at the same time that the music was composed. And the story goes like this; a man, of a not known identity, wakes up at the shores of an ocean with no memory of anything that has ever come to pass. Under a sun that never sets, under absolute, blinding light. And we begin to follow his steps and thoughts, dreams, fears, memories in order to find what he seeks … a sun that will guide him to the truth and will not only blind him. Absolute light can be as deceitful as absolute darkness …

I'd like to know some more things about the themes we can find in your lyrics.

The first three albums have to do with the concept story I already mentioned. Stories of absolution, regret, hope, battle…against yourself or against the truth that one has learned to accept! In our current album we wanted to light things up a little by not having a strong concept story, but I guess we are cursed! Hahaha! So, a couple of new songs later we figure out that looking at the night sky your thoughts can be lost in a million directions. These ‘’lights’’…these little “fires” in the night, what tale could they tell? Now, we know…but back then, how did people explain what they were seeing? They fueled imagination, folklore, religion…and that’s what the topic of “Of Fire and Stars” is all about. Stories that could have been told under a starlit sky some moment in time in this world…or another!

The Greek scene is globally known for black metal. Are there any other strong scenes in Greece and which are the Greek bands you respect the most?

I’m listening to Rotting Christ right now!! But I think that they have gone beyond their genre the last years…they have established their own signature, so I wouldn’t call them black metal anymore. Well, we have lots of great bands in almost every genre right now! World domination is at hand! Haha!

How important is it for Desert Near the End to play live shows and what are the consequences of the current restrictions on the band?

It is very important. Not just for us, but for any band that wants to reach out to the world. This situation has left us all waiting in agony. The worst thing is that there is no “making plans” whatsoever…

What is the procedure of writing a song for Desert Near the End like?

Pretty simple and works for us. Akis does all the hard work! Hahaha!

He writes a song, records it and then he pass it to me in order to come up with vocal lines and lyrics. When it takes an early form we record it and listen to it in order to improve it. And we do this until it reaches its final form.

What are the Greek studios like at the moment? Is it easy for a band in Greece to find an appropriate rehearsal room and a good sound engineer?

I think the current status of music production in Greece is pretty legit. Since the internet and the evolution of computers, things have gone beyond imagination, it is pretty easy to set up a home studio with a quite low budget, I mean comparing to the late ‘90s or early ‘00s, when we begun to play and finding a place to record a demo was so fucking expensive!

Although Desert Near the End exists for, like, ten years, you have been around in metal for more than twenty years. From your experiences, what would be your advice to a new band that starts today?

It’s funny…I get many invitations in the social media from new bands to “like their page” and when I get in their page there are just photos, logos, etc! I believe a band, a new band for sure, should focus on music and music alone. Image and communication are nice, but you have to be able to show something, your vision, and let people know how to measure you. As a musician/band or as a poser?

How do you see filesharing and lyric videos compared to tape trading and vinyl hunting? In other words, please make a comparison of the 90's with the 20's.

Things are so easy these days! It’s great. But I can’t shake the feeling that music has somehow lost its magic… You stand in the middle of a fuckin’ storm of information and everything flying around crazy fast…one does not have the chance to appreciate enough. On the other hand, I’m grateful for all of this, because this is how bands like us have the chance to reach a far more bigger audience.

Do you guys in Desert Near the End have regular jobs or is music enough to make a living?

The day we can make a living through music is still beyond our reach. Haha! We all have regular jobs.

What are your plans for the future of Desert Near the End? Please close this interview with a message.

As the days go by, we get closer to completing our new album. We’re in the mixing process right now. We wait for this pandemic situation to be over and start making plans about live shows. Closing this interview I would like to thank you for this chance to share our news and points of view with your readers! It means a lot, really! To all our friends out there, I would like to share with them that the new Desert Near the End is on the way and it’s gonna be freakin’ awesome…follow the Path across the Desert, my friends. 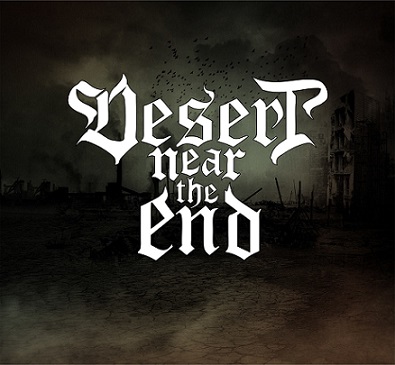