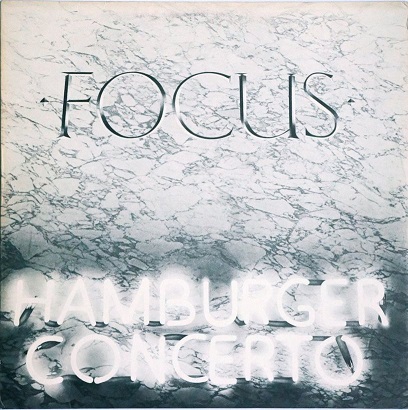 Everybody knows Focus from their classic hit, the instrumental “Hocus Pocus”, an amazing heavy progressive rock track, where the yodeling of vocalist/keyboardist/flautist Thijs van Leer and the dazzling guitar phrases of guitarist Jan Akkerman are starring. However, the Dutch band, the most famous Dutch rock export, released a series of incredible progressive rock albums, which in no case should not be ignored. On the contrary, their first albums until “Mother Focus” (1975) are seminal progressive rock recordings, which must not be sought after only by record collectors but by every good music aficionado. Myth of Rock decided to focus on the fourth album of Focus, the astonishing “Hamburger Concerto” (1974).

Focus was formed as Thijs van Leer and the Rebaptised, in 1969 in Amsterdam, Holland, by Thijs van Leer, who started a three-piece band (with bass Martijn Dresden and drummer Hans Cleuver). Guitarist Jan Akkerman of Brainbox came in contact with van Leer, during rehearsals at the theatre, where van Leer performed with Ramses Shaffy's theatre group, the quartet chose to have a new name and gave their first live shows. After playing as part of the pit band in the Dutch version of the musical Hair, Focus met the director of Radio-Tele-Music Belgium-Holland, Hubert Terheggen, who produced the band’s debut album (“Focus Plays Focus”/“In and Out of Focus”), recorded in 1970 at the Sound Techniques Studio in Chelsea, London, and released eight months later by Imperial Records. A nice prog rock album, with exceptional moments, like “Focus”, “Black Beauty”, “Why Dream” etc., it had moderate success and earned the band its first Edison Award. The single “House of the King” is released (number 10 on the Dutch song chart), major line-up changes take place, since van Leer fires the rhythm section of Dresden and Cleuver after Akkerman’s insistence and Pierre van der Linden (drums) and Cyril Havermans (bass) get in the group. With this new line-up and renowned English producer Mike Vernon, Focus recorded its sophomore album, (“Focus II”/”Moving Waves”), in April and May 1971 at the Sound Techniques Studio and Morgan Studios, London, which album was released in October 1971 by Imperial Records. It was the band’s international breakthrough album, reaching number 2 in the UK, number 4 in the Netherlands and number 8 in the US, and contained the biggest Focus hit, the baroque style inspired “Hocus Pocus”, which went gold in the aforementioned countries. Musically “Moving Waves” was a consummate mix of progressive rock with jazz rock fusion and classical music elements, Focus’ magnum opus! The band toured extensively and realized a successful UK tour. Bert Ruiter had already replaced Havermans and Focus recorded plenty of new material at the Olympic Studio in Barnes, London, which led to the release of its double album, “Focus 3”. Words can’t describe this great masterpiece, released in November 1972. The album went to number 1 in the Netherlands, number 6 in the UK and number 35 in the US. The instrumental "Sylvia" was released as a single and reached number 4 in the UK, the week after "Hocus Pocus" reached its peak on the same chart. This marked the first time in a decade that a band had two concurrent songs without lyrics in the UK top 40. To support “Focus 3”, the Dutch started their largest tour since their formation – the tour included Europe and The States. 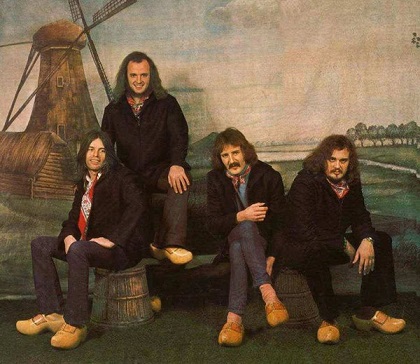 Having recorded a new cut of "Hocus Pocus", entitled "Hocus Pocus II", Focus entered Chipping Norton Recording Studios, Oxfordshire, with Vernon at the production helm to record its fourth studio album. According to his sayings, Akkerman had collected many “great ideas” over the past year, nevertheless, the band was physically and mentally tired from all that touring, unwilling to write and record new material. Finally, the band came up with around 40 minutes of material, separately recorded. Under these circumstances, a new album couldn’t be released, so Vernon took some recent Rainbow Theatre recordings and released the “At The Rainbow” live album. The recordings from the Chipping Norton sessions remained unreleased, rearranged years later, or included in the collection of previously unreleased Focus studio recordings called “Ship of Memories” (1976). From June to September 1973 the band completed its second North American tour, then went to Groeneveld Castle for rehearsals. At that time Pierre van der Linden quit Focus and Vernon suggested Mitch Mitchell, Aynsley Dunbar and Colin Allen as replacements. Allen was the one who took the seat behind the drum kit.

With the line-up of van Leer/Akkerman/Ruiter/Allen, the band went to the Olympic Sound Studios in London to record its fourth album. The recordings proceeded with tension and a distance between the two sides of the band; on the one side was van Leer, Ruiter and Allen, who recorded during the day, and on the other side Akkerman, who recorded during the night. Later, Akkerman would say that the album suffered as his position in the group had weakened with van der Linden gone and claimed van Leer broke up the tandem Akkerman had with Pierre rhythmically. Despite this negative climate, the result of the recordings was “Hamburger Concerto”, one of the best Focus albums and one of the most wondrous progressive rock albums in history, which peaked at number 5 in the Netherlands and number 20 in the UK. According to van Leer, it was the band's first proper work, it had strength and purpose. Vernon later said that this album and “Moving Waves” were the most rewarding on a second listen.

“Hamburger Concerto”, named after the six-part, 20-minute prog epic composition, truly was a progressive rock jewel, which combined hard rock, with blues, jazz rock and classical music influences and was based on long improvisations and jamming. The band was standing at the intersection of various music genres, making an unforgettable cross-over. Focus didn’t have to envy the other iconic progressive rock acts (ELP, Genesis, King Crimson, Yes, etc.), they crafted mind-boggling, singular art rock songs and wrote their own pages in music history. All songs of this forth Focus album are instrumental, featuring only some yodelling and nonsensical vocals from van Leer, yet the instruments are singing; the keyboards and flute of van Leer and Akkerman’s guitars! “Harem Scarem” follows the tradition of “Hocus Pocus” and “Sylvia”, the title song the tradition of “Eruption”. It is a typical Focus album, with all the Focus trademarks and characteristics, with a captivating beauty that impresses. That’s progressive rock, there’s no doubt about that!

“Delitæ Musicæ", the delicate opener of “Hamburger Concerto”, is a lute piece that Akkerman adapted from “Delitæ Musicæ Cantiones” by Dutch composer Joachim van den Hove. The title track of the album was inspired by Akkerman once eating a hamburger, while watching cartoons at his hotel room in New York City. It was put down in basic form during the Chipping Norton Recording Studios sessions in 1973. "Harem Scarem" was released as a single, but didn’ t chart in the UK.

The content of “Hamburger Concerto” is so rich and deep; apart from the intriguing intro of “Delitæ Musicæ", the hard rocker “Harem Scarem” and the majestic prog rock treasure of “Hamburger Concert”, we listen also to the wonderful “La Cathedrale of Strasbourg” and the heavy prog number called “Birth”, a perfect mix of hard rock and art rock! We must note that the CD release featured a bonus track, a different version of “Birth”.

In support of the “Hamburger Concerto” album, Focus toured from March 1974, starting with dates across Europe, continued with Japan and Australia in June 1974 and began its fourth North American tour in September. When the band returned from The States, the Dutch heavy progsters completed a 24-day tour of Europe, and two compilation albums were released, “The Story of Focus” and “Masters of Rock”. 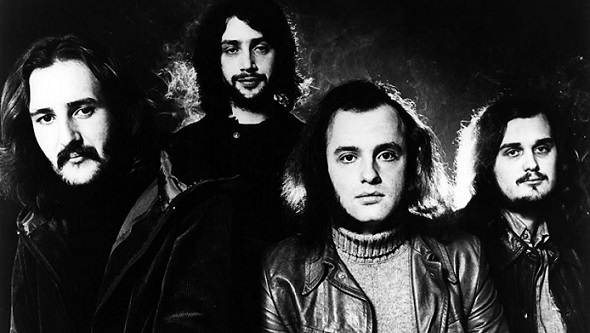 “Hamburger Concerto” was the last big, classic Focus record. The group released some other albums, which, more or less, couldn’t repeat the musical and financial success of the first four ones. “Mother Focus” is an attractive album, with a funky/pop-oriented style sometimes, where you can find a lot of fine moments, however, “Focus con Proby” (1977) is uninviting. Akkerman was almost out of the band since 1976, Focus dissolved in 1978, but was revived by van Leer in 1990, 1997 and 2002. They continue releasing studio albums and performing on stage until now. Focus latest album was 2018’s “Focus 11”.