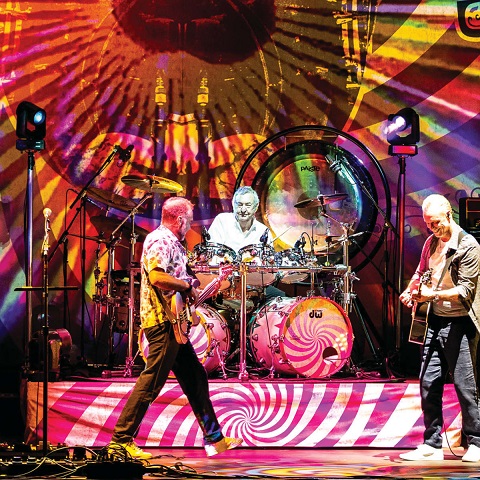 This summer begins with a great surprise, as far as live concerts are concerned. Nick Mason and his current band, Saucerful of Secrets, are visiting Greece for two live shows, one in Thessaloniki (Dasous Theater) and one in Athens (Technopolis). I am sure that everybody knows who Nick Mason is – the legendary drummer of Pink Floyd, a founding member of the band, the only constant Pink Floyd member from the very beginning, the only member to be featured on every Pink Floyd album! So, it is a big honour for us to enjoy Nick Mason and his new band, who will perform music from the early years of Pink Floyd – and a unique opportunity to listen to early Pink Floyd, psychedelic/progressive rock hymns, live in concert, with the appropriate, spectacular show! This is a perfect chance to examine who Nick Mason is, his activities, his early works with Pink Floyd, everything interesting about him! 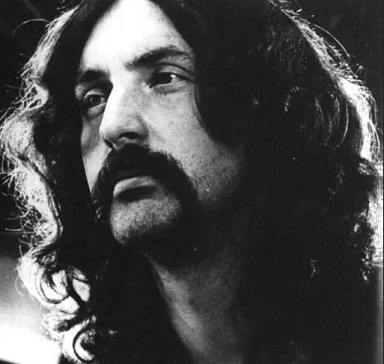 Nicholas Berkeley Mason was born on the 27th of January 1944 in Birmingham and was raised in Hampstead, London. As a child, he took some failed piano and violin lessons, before taking up the drums. In 1964 and while studying architecture at the Regent Street Polytechnic (now the University of Westminster), he formed Sigma 6, an early incarnation of Pink Floyd, together with Roger Waters, Rick Wright and Bob Klose. The first Pink Floyd album came in 1967, named “The Piper at the Gates of Dawn”, and Mason was on the drums - that’s how everything started. Mason’s drum playing would make him one of psychedelic/progressive rock’s most influential drummers. Pink Floyd was his main concern and activity, however, he also worked as a drummer and a producer with fellow proggers Robert Wyatt, Gong, Steve Hillage, jazz eccentric Michael Mantler and well-distinguished punksters The Damned. Mason released in 1981 his first solo album, called “Fictitious Sports”, which featured an intriguing blend of rock and jazz, penned by Carla Bley. He also collaborated with guitarist Rick Fenn (10cc), establishing a production company, which produced music for films, television and advertisements. The duo (as Mason+Fenn) presented in 1985 a pop album, “Profiles”, which contained the David Gilmour-sung single, “Lie for a Lie”. Mason’s favourite hobby is auto and motor racing: he owns and races several classic cars, since Pink Floyd’s recording and touring program became sporadic in the ‘80s … The iconic drummer returned to the stage in 2002, joining Roger Waters on the final two nights of his world tour. He also performed in the closing ceremony of the 2012 Olympic Games and produced and played on the charity single "Save the Children (Look Into Your Heart)", which was released in May 2015. His first new band was formed in 2018, though, called Nick Mason’s Saucerful of Secrets.

Nick Mason’s Saucerful of Secrets can be described as a supergroup, which performs the  early music of Pink FLoyd. Apart from Nick Mason, the band consists of: bassist Guy Pratt, guitarists Gary Kemp and Lee Harris, and keyboardist Dom Beken. Guy Pratt is a British multi-instrumentalist, well-known for his prolific work as a session bassist with acts such as Roxy Music, Gary Moore, Peter Cetera, Iggy Pop, Tom Jones, Debbie Harry, Whitesnake, Coverdale/Page and others. Gary Kemp is an English singer, songwriter and guitarist, best known as the lead guitarist, backing vocalist and principal songwriter for the new romantic band Spandau Ballet. Kemp wrote the lyrics and music for all 23 hit singles of Spandau Ballet! Lee Harris is known for being a member of The Blockheads, an English rock group formed in 1977. And, of course, Dom Beken is a BAFTA nominated composer, multi-instrumentalist and producer, who creates music for video games, film and TV, commercial releases and remixes – he got popular as a member of The Orb, a very influential electronic music group founded in 1988. As you can see, the line-up of Nick Mason’s new band is incredible …

Nick Mason’s Saucerful of Secrets repertoire can be easily imagined. This new supergroup plays music from the early years of Pink Floyd, that means all Pink Floyd songs before “The Dark Side of the Moon” album (1973). As many fans had discovered Pink Floyd with their bestselling 1973 album “The Dark Side of the Moon”, Mason wanted to bring their earlier material to a wider audience. So, when we say music from the early years, we mean songs from the following albums – “The Piper at the gates of Dawn” (1967), “A Saucerful of Secrets” (1968), “More” (1969), “Ummagumma” (1969), “Atom Heart Mother” (1970), “Meddle” (1971) and 1972’s “Obscured by Clouds”. All these albums are fundamental records of psychedelia and progressive music, so much inspiring and influential, the albums that made Pink Floyd icons of contemporary rock music. Pink Floyd were the pioneers of art rock and these first albums are defining of several music genres - everyone who likes progressive rock must learn these albums, everyone who wants to understand kraut rock, electronic rock and cosmic rock must start from here! Classic songs like “Echoes”, “Astronomy Domine”, “Interstellar Overdrive”, “Let There be More Light”, “One of These Days” etc. have created a music school, where generations and generations of fans have studied and continue to study until our days! Prepare yourselves for an amazing audiovisual show from Nick Mason’s Saucerful of Secrets!

Some other interesting facts!