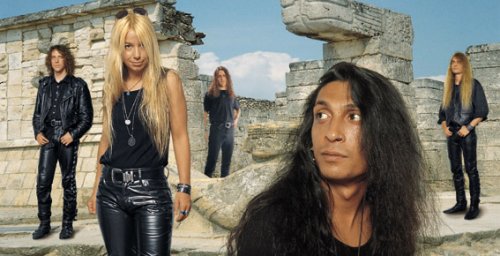 The German scene is full of melodic power metal bands, which usually offer us great albums. One of these bands was Avalon, whose charming melodic prog/power metal sound pleased many fans of the genre. Let’s explore the life and times of this German prog/power metal force!

Avalon was founded in 1990 in Munich, by guitarist Sebastian Eder, singer Many Stürner, bassist Petra Hasselkuss, keyboardist Jens Kuckelkorn and drummer Peter "Ringo" Kei. They were all experienced and trained musicians, who studied at the MGI/BSM (Munich Guitar Institute/Bass School Munich) and the PIT (Percussion Institute of Technology). Until the end of their career in 2000, they released four albums (note that their debut album, “More Than Words”, has been reissued) plus three demos in 1990 (“Demo 1990”), 1991 (“Demo 1991”) and 1992 (“One Night”).

In their short, but rich story, Avalon toured around the United States and Europe, as a headliner and/or support band for major acts, like Uriah Heep, Manowar, Metallica, Motörhead, Savatage,  Angra, Hammerfall, Edguy, and many more ...

In 1994 they released their first album through KDC Records and one year later they re-released it under the title “Why Now” via Limb Music Publishing, with a different layout and order of songs. It was a very good debut album, which showed the potential of the band, it included pure melodic power metal music with catchy melodies, cool riffs and classical orchestrations. What more can a power metal fan ask for?! 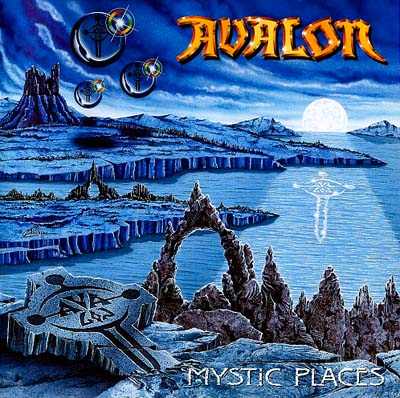 “Mystic Places”, the band’s second album, saw the light of day in 1997, through Omega Records. It was produced by Charlie Bauerfeind (the famous and legendary German producer, who has worked with Helloween, Michael Kiske, Gamma Ray, Running Wild, Angra and many many others). A very powerful and impressive album, “Mystic Places” was the best proof of Avalon’s great sense of catchy melodies, a piece of melodic power metal art, which also showcased the technical skills of the band members. It would surely have been the breakthrough album for them, as the band set the bar very high - the Germans also composed and performed in a more progressive and epic style, nevertheless, they didn’t achieve the commercial success they deserved.

Next year (1998) they released the “Vision Eden” album, again from Omega Records and with the same producer (Charlie Bauerfeind). Some significant changes occurred in their lineup, as drummer Peter “Ringo” Kei and singer Many Stürner left the band. Replacement was found in drummer Ronny Dehn and singer Chitral "Chity" Somapala (born in Colombo, Sri Lanka), who raised the band to another level. In the “Vision Eden” album Avalon combines the styles of the first two records and mixes them into a melodic progressive metal project that still has that epic flavor to it, although with less keyboards, and a bit more of that teutonic, "old school" metal style.

In 2000 the German band released its fourth and last album, under the title “Eurasia” through Omega Records once again and produced by Sascha Paeth (another renowned producer, who has worked with Angra, Gamma Ray, Heaven’s Gate, Kamelot, Rhapsody of Fire and many, many others). “Eurasia” is an incredible concept album about the Eurasian land mass, its people and places. In a skillful way Avalon mixes some traditional Asian instruments with the European melodic power metal sound. On “Eurasia” Somapala can be heard playing the Chapman Stick. The release of “Eurasia” was followed by a European tour with Metalium.

Unfortunately, Avalon split up somewhere in 2001, leaving a great legacy. What we know about the Avalon members today is that Sebastian Eder is active with Ivy Gold, a new blues rock band which announced its debut album for 2021, Petra Hasselkuss (now named Delorian) had been active with an all-girl group, the Cyberspace Hippies, Chity "Chity" Somapala sang in many bands, for example Firewind (his contribution to the “Forged by Fire” album was brilliant), and now, in Red Circuit, Jacques Voutay was playing with La Mimosas and Many Stürner performs since 2011 with GloryDaze.