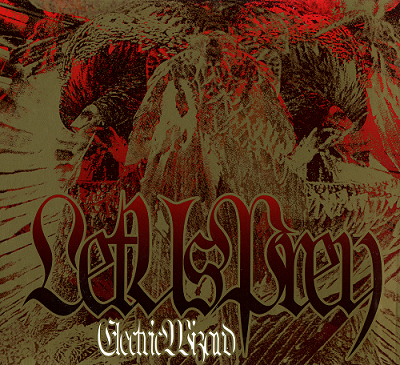 Twenty years ago (2002) Electric Wizard released a masterpiece, "Let Us Prey" (via Rise Above Records), and Myth of Rock celebrates this anniversary with a tribute to the band and its creation! Alex Nikolaidis has a lot of things to say about the occasion ...

How do you make an album that bears both the blessing and the curse of succeeding “Dopethrone”? That’s a tough task, indeed! Electric Wizard’s opus released so much smoke and fuzz, that you had the impression that these elements became solid! How could Oborn impart this suffocating paranoia to another noisy, sludgy abomination? Twenty years passed since “Let Us Prey” bore this burden successfully, coming out of Dopethrone’s womb, but still having a distinctive personality of its own.

You see, the band let themselves free. They didn’t try in the slightest extent to recreate what they did two years ago. Even the monolithic ideas, like “…A Chosen Few” and the “Outsider”, that show a clear orientation to the predecessor’s principles, are less smoky and distorted, yet equally evil and wicked. Guitar becomes more daring, with layers amidst weedian environments and Onborn’s incomprehensible vocals forming a stoned sonic whirlpool (see “The Outsider” and “Priestess of Mars”). In that sense, the unbearable heaviness of “Dopethrone” is somehow alleviated.

Despite the above (more or less) expected elements, “Let Us Prey” is all about experimentation. They didn’t hesitate to “bastardize” themselves with a factor that you could categorize as uncanny or incompatible with their idiosyncrasy; but in the end, they make you become grateful for that. The punk/rock attitude of “We, the Undead” disrupts pleasantly the cohesion of the album, “liberating” you from the “doom bondage”. As unbelievably weird as it may seem, that was the only time that Electric Wizard decided to play fast. If you’d like to have a non-cohesive factor in your album, then it should be something like that song.

As for “Night of the Shape”, its lethargic, monotonous piano sequence, reminiscent of a forgotten trip hop pattern, dressed in Pal Sax’s violin, is a drug that drags you in a dark alley, where this evasive shape lurks. Out of its simplicity, something oddly familiar and warm comes, declaring that the band’s horizons are in fact more expansive than you initially thought. All the fuzz and the gunpowder-smoked atmospheres of previous works were only a part of Onborn’s acidic conceptions.

But don’t be fooled! Electric Wizard’s prone to exploration doesn’t exclude a return to more traditional, Sabbathic doom forms that arise in the extremely addictive riffage of “Master of Alchemy”. It’s as though they remind you what the core is; they like playing with new sounds, but at the end of the day, what remains is that perpetual vibration from Southern England.

“Let Us Prey” proved to be a crossroad for Electric Wizard. Unluckily, tensions emerged between band members during the North American tour that followed its release. They almost reached at the point of breaking up. Eventually, Bagshaw and Greening quit in April 2003 to form Ramesses. That was the end of the band’s classic line-up and (according to many fans) their most prolific era. Since then, Electric Wizard turned to a four-piece band, with Liz Buckingham being a prominent figure.

“Let Us Prey” preserved the band’s hype. On the one hand, it leaned on the impenetrable fog and the decadent, sick atmosphere of “Dopethrone”; on the other, it led the band boldly to a new era. Of course, Electric Wizard never lost their darkness and wickedness. Today, they still submerge in horrific tales and weedian hallucinations. 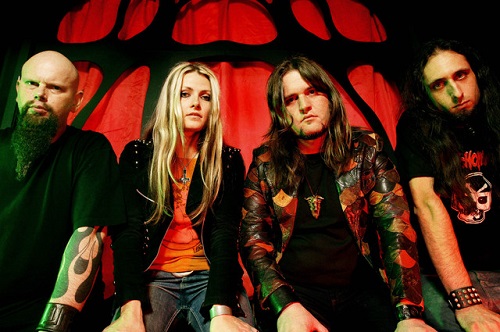