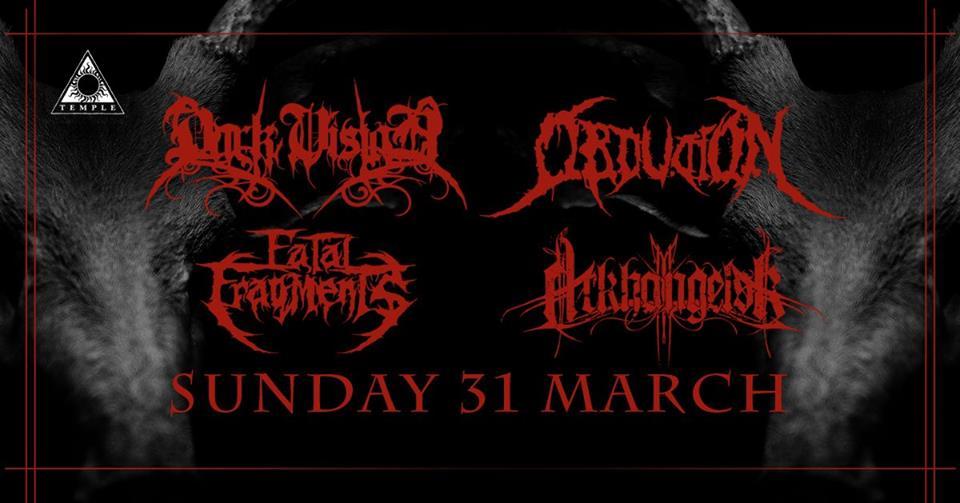 The domestic extreme metal scene returns to Temple for another great appointment of some of its most important names on Sunday, March 31st.

Death/black metallers Dark Vision return to action, brutal death metallers Obduktion are to confirm why they are one of the oldest and most respected names of the stage, Arkhangelsk emphatically return to Temple after their appearance there as support of legendary Kawir and progressive modern death metallers Fatal Fragments open the night, giving a refreshing note to the more traditional extreme metal sounds that will be heard later.

True to the extreme metal tradition, Temple once again hosts four of the names that honor and perpetuate this tradition over the decades, confirming that our country is a cradle for any such sounds and creations.

A live concert, which no extreme metal fan shall miss! 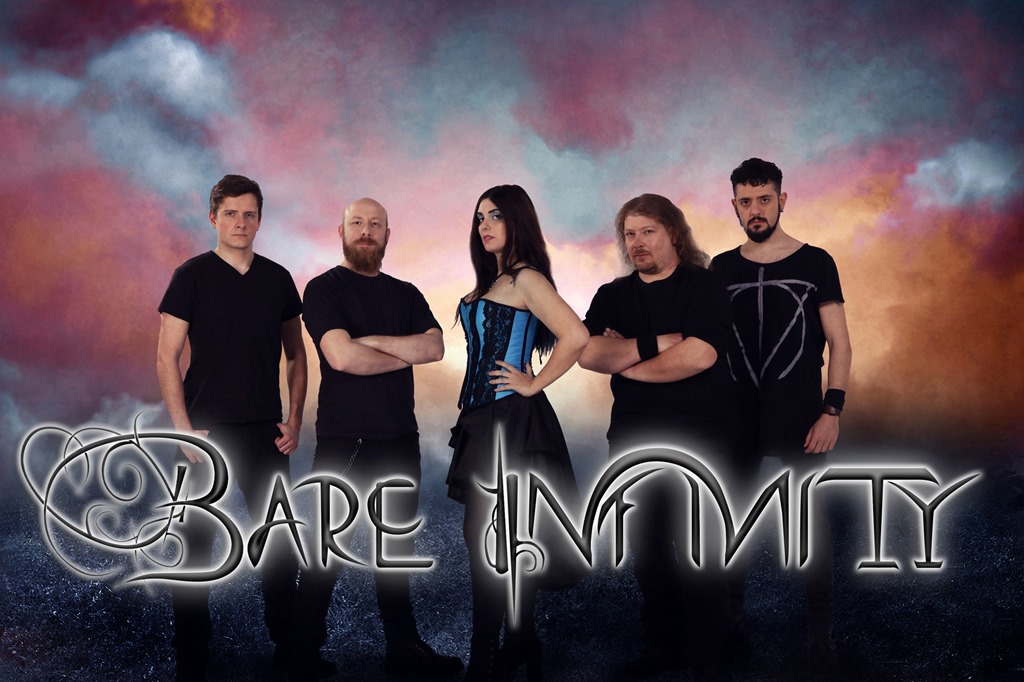 Bare Infinity's latest music video is now online ("Reaching for the Sun"). It is directed and produced by Bob Katsionis (Firewind/Outloud).

Greek rock band The Skelters have just uploaded on YouTube a new song off their recent album, "Revive", which was released on October 31st, 2016 via New Dream Records. It is the track "Nothing At All", which was composed by Angel and Stavros. The lyrics are written by Daniel Charavitsidis. Listen to this song right below.

Greek progressive sludge metallers Mad John The Wise have just released another video, this time for the song "Banishment", off their debut full-length album "Voyager", which album was available in digital format on February 26, 2018 and in CD format on March 2, 2018. The video, directed by Kostas Dekoumes, was recorded at the live performance of the band at Temple club, in Athens, the same day the CD was out in record stores. In other Mad John The Wise news, the band is going to participate in the two-day festival of Made in Hell Studio (where "Voyager" was recorded) at AN club, on May 5, 2018, in Athens. 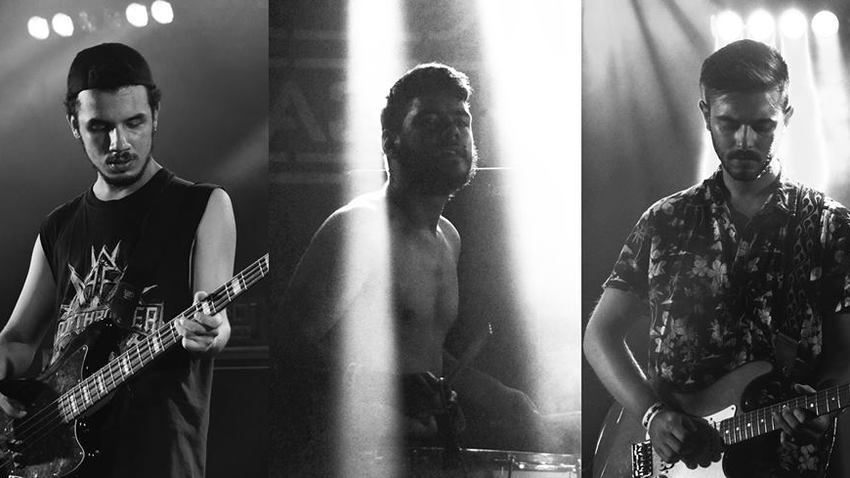 The Greek psychedelic hard rock band Naxatras is ready to release its new album, "III" (February 16, 2018), and is now premiering a first new song off that album. It's called "On the Silver Line" and it is a very interesting psychedelic trip, in the vein of Hawkwind. Below you can read the official press release and listen to the song:

Naxatras is a hard psychedelic rock band from Greece.
They play a warm psychedelia full of fat grooves, dreamy melodies, heavy riffs and trippy guitar solos all with the vintage touch of the 70's.
They have been playing since 2012, developing their sound and finally recorded their first full-length album in a 100% analog way at Magnetic Fidelity (a studio in rural northern Greece) with Jesus Agnew, an engineer experienced in the field of analog and DIY recordings. Only analog equipment was used in the recording-mixing-mastering stages of the album. All the songs in the record were performed entirely live during just one day. In 2016 they released their second full length album "II" as well as an EP, once more fully analog and live.
The band does high-energy live performances combining elements of psychedelic/progressive rock, stoner, funk, jazz and eastern music with a trippy video wall to accomplish full stimulation of the senses.
In summer 2015 they went on their first tour playing 5 countries in the Balkans. In summer 2016 they toured Europe once more playing more than 10 different countries including Italy, Spain, France, Germany, Switzerland, Belgium, Hungary, Austria, Croatia and Netherlands. They also played at Void Festival in Germany and Lake on Fire festival in Austria.
The band says about the new song, which has been uploaded on YouTube: "On the Silver Line" was conceived when the band was listening to a recorded rehearsal. The guitar riff was born while John was testing his guitar and the others joined in! The hazy guitar-work and the endlessly-forward-moving beat reminded us of a silver line flowing inside the void. Are you ready for a real trip?"
In other Naxatras news, the band has scheduled a long tour across Greece. They will visit 14 cities and the tour starts from Xanthi on the 8th of March 2018. The most important gig of this tour will take place in Athens, in Gagarin 205 venue on the 21st of March 2018.
www.facebook.com/naxatras
https://naxatras.bandcamp.com
www.facebook.com/events/1644511108925502