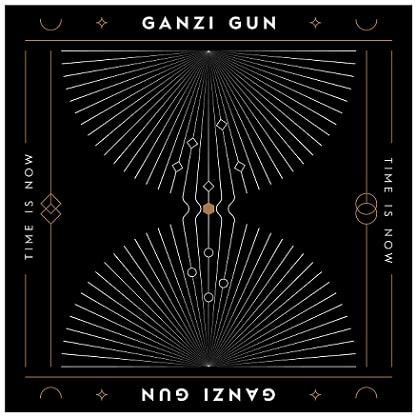 One thing that Greece should be proud of is its stoner/hard rock scene. This thought came to me while listening to the new 1000mods album, and that’s what I thought again when I listened to the new Ganzi Gun album. Ganzi Gun is a respectable stoner/hard rock band from Greece, which attracted a lot of people with its previous release (“Welcome to the Show”). Their new album (“Time is Now”) rocks big time and I am sure that the band’s fan base will get even bigger! "Time is Now" has all the necessary ingredients of a stoner/hard rock album - great song ideas, killer riffs, catchy melodies, fantastic guitar solos, a mesmerizing vocal performance (by Lucas Meli, who sounds like Spice – ex Spiritual Beggars, Band of Spice, My Regime, Kayser etc.), a super heavy rhythm section and a crystal clear production (listen to the sound of the bass guitar, for example!). You have everything here, in a beautiful bouquet of hard rock compositions, which, charming as they are, will haunt your mind. Just sit back and push play, Ganzi Gun will handle the rest. In no more than 31 minutes, the band displays all its skills and takes you by storm with its inspired, fresh, hot and dirty tunes! You won't find a flop here, my friend. "Time is Now" is a massive, crushing album - it may be based on the common characteristics of the stoner/hard rock genre, nevertheless, it is handcrafted by musicians with taste, by artists, who have developed their own personality. Overall, Ganzi Gun's new album will impress you, either you are a fan of the genre or not. It is good music, after all.