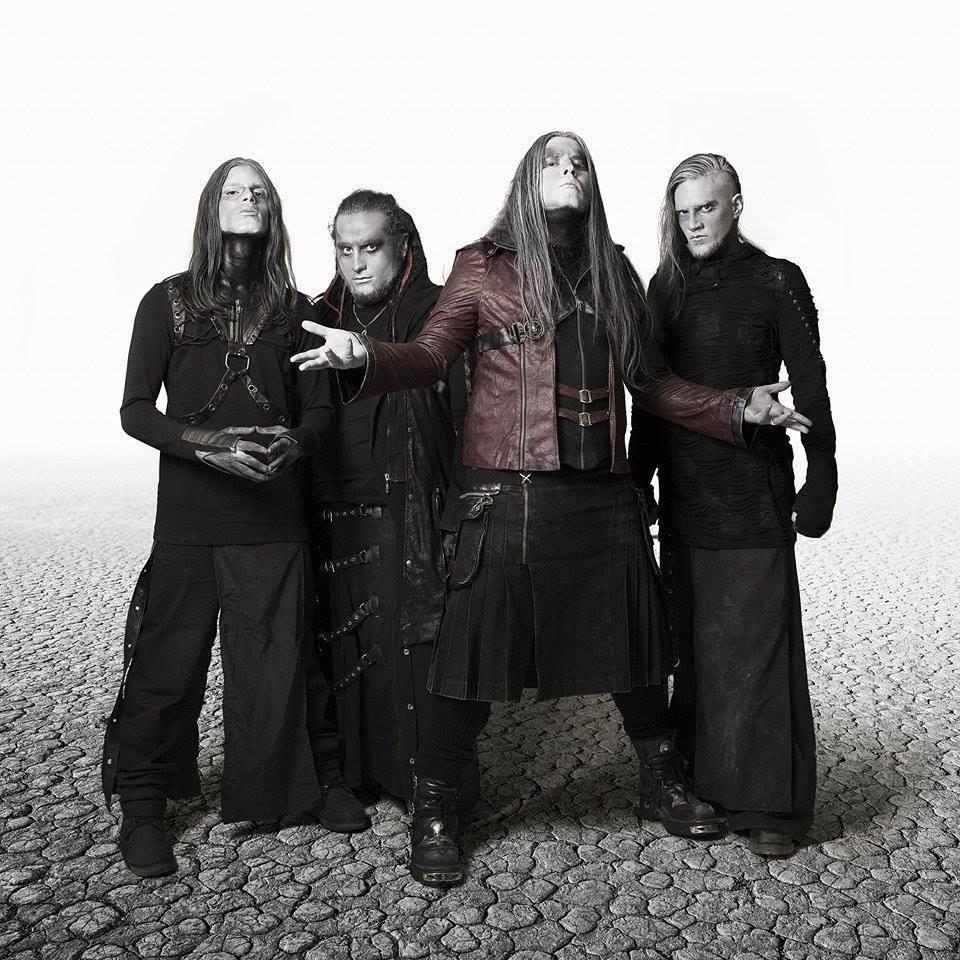 Currently W.E.B. are preparing for their upcoming fourth album, named “Tartarus” and in this respect, Sakis Darkface, the band’s mastermind, with his new line up, welcomed people of the music media at Remedy Club for the listening session of the highly-anticipated release.

W.E.B. are active in the Greek scene for 15 years, known for their gothic, romantic sound –under industrial influences - at the early years and electronic experimentations later on. However, it is now obvious that the band has put aside the gothic orientation and dark romanticism of its first era, incorporating a more aggressive, rather black-ish atmosphere. Also, clean vocals are totally absent, as Sakis uses harsh vocals, which always were his strong point.

Introducing us to his new concept, Sakis explained that “Tartarus” consists of three sections, concerning: a) the descent of soul at the homonymous dark hell of Greek mythology, b) the affliction of soul before death, while remaining at “Tartarus” and c) death, or whatever follows after death.

Concerning the track list of the album, we note the following:

“Where Everything Begun”: A melodic introduction with violin, keyboards and background vocals, that creates a somehow melancholic feeling.

“Tartarus”: It’s the official video clip of the band. W.E.B. disclose their new direction, with solid rhythm guitars and slow tempo initially, while speed accelerates later on. Vocals and the overall feeling reminded me of Moonspell’s latest era. Orchestra acts as an additional member, supporting and connecting the band players and revealing a SepticFlesh influence. Background female vocals add a more atmospheric aspect regarding the first part of the soul’s journey.

“Ave Solaris”: It constitutes a paean dedicated to Apollo. The band uses mid and up tempo riffing and lots of blast beats, as well as switching between harsh and female vocals. An intermediate, rhythmic part with noteworthy drumming adds variety to the song. “Ave Solaris” ends with up tempo riffing that supports Sakis’ vocals.

“Dragona”: It starts off with an orchestral part and is distinguished mainly due to its melodic, catchy bridge/refrain, which - supported with lead guitars - gives us one of the highlights of “Tartarus”. The switching between up tempo parts and refrain enhances the audience’s experience. Possibly, “Dragona” is one of the most representative tracks of the album and is now available as a lyric video.

Trilogy of affliction: the three songs of that part are characterized by more aggressive tempo and structure.

“I, The Bornless”: After a rhythmic intro, up tempo with almost black metal riffs and intense drumming follows. However, intermediate doomy, melodic parts add diversity to the song.

“Morphine for Saints”: The first part encompasses raw, high speed riffing and blast beats. Later on, rhythmic guitars take over, giving a slower tempo at the second section. According to the band, the song regards the test of the faithful ones before death.

“Cosmos in Flames”: A song with a black-ish atmosphere, that reminded me of Moonspell’s Night Eternal. High speed riffs and blast beats enhance the emerging aggressiveness. A middle section with a recitation in the Greek language causes a sense of an imminent death. The rhythmic part that follows rather signifies the conviction to death, leading to a sad closure.

“Thanatos Part I – Golgotha”: A melancholic intro with melodic guitars and slow tempo is followed by a solid rhythmic section, with noteworthy work on bass and drums. Sotiris Vagenas’ clean vocals are supported by discreet drumming and lead guitars, indicating a Septic Flesh approach. The guest participation works effectively, thus increasing the quality of the song. “Golgotha” is probably the most melodic track of “Tartarus”.

“Thanatos Part II – Epitaphios”: After an orchestral intro we note a gradual transition to higher speed, as the band is supported by the orchestra in the background. However, keyboards return the audience back to melodic calmness, where a dialogue between two lovers gives a romantic glimpse and a sense of elegy (the female vocals relate to Dracula’s death). A switching between Sakis and an operatic choir follows, while the song ends with a rhythmic part.

“Thanatos Part II – Mnemosynon”: A slow intro signifies the torture and anxiety of the soul. A part with rhythm guitars and blast beats introduces us to a recitation of an excommunication in Greek language, supported by a violin and discreet drumming. The song closes with a nostalgic, calm part with a violin. “Mnemosynon” is certainly an atmospheric, dark song, constituting the perfect end for the concept of “Tartarus”.

The album was recorded at Devasoundz Studios in Athens and produced by Sakis Darkface, who also was the main composer, assisted by Alan Fall in “Ave Solaris”, “I, The Bornless” and “Cosmos In Flames”. Mixing and mastering was conducted by Dinos Prassas, while Fotis Benardo and Thanos Tzanetopoulos were sound engineers.

However, I have to mention Christos Antoniou’s work on the orchestral arrangements of “Tartarus”, as he maintained an effective balance between the band and the classic elements. His contribution was crucial, as W.E.B. succeeded in creating a totally different concept album, placing emphasis on creative experimentations regarding the use of symphonic music. Dark, operatic, aggressive at some parts, “Tartarus” represents another link of W.E.B.’s musical journey throughout all these years.

The album will be released on 10th November by Apathia Records, while an official presentation will take place on 3rd November at Remedy Club.