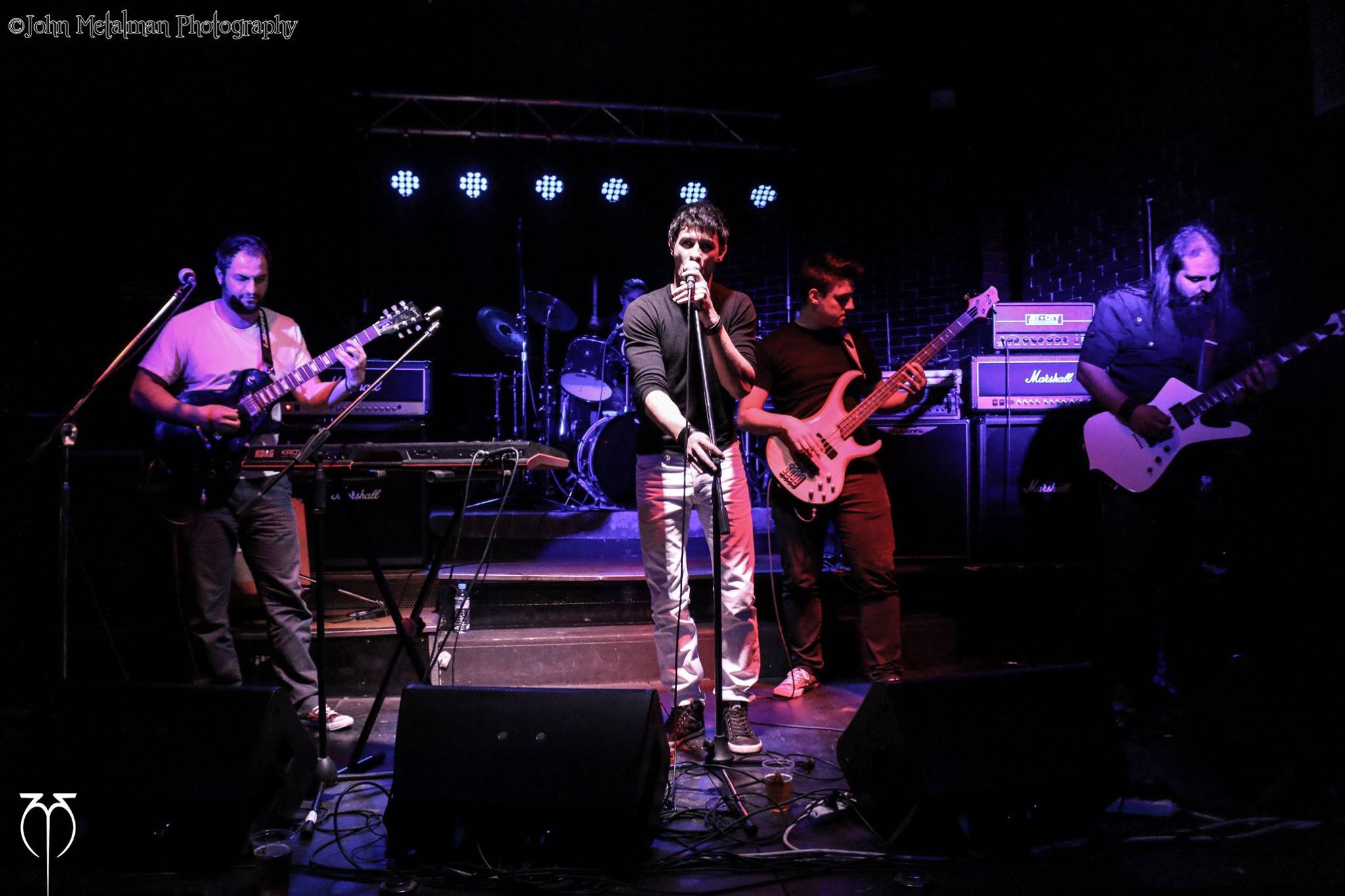 Mosquito have just released their debut album, but they already had built a name in the underground due to their demo and their live performances. So, “Interlacing Eternity” was much anticipated by fans of gothic rock music. Some days ago the album was made available via Brazilian Deepland Records and we can now finally enjoy Mosquito’s music in its entirety. Myth of Rock contacted the singer of the band, Lupe, and a listening session only for our magazine was organized. On October 6th, 2017, Myth of Rock was at the rehearsal studio of the band and listened to its debut. What you can read below is the first impression we had after this session, in a track-by-track review and an overview.

“Deeper Outlook”: The bass intro welcomes you to the world of Mosquito. A world of darkness prevails with the mid-tempo development of the song that showcases the band’s 80s gothic rock influences. The catchy guitar riffs, the solid rhythm section and the passionate vocals of Lupe are hauntingly charming. It is obvious that the band has worked in deep every part of the song, since the arrangements are perfect and the sound very rich. The album begins perfectly with this dark, sad song.

“C(h)esspit Queen”: A gothic version of Rotting Christ? Yes, Mosquito make a fine blend of gothic rock and metal influences and offer us something unique. The band’s personality shines and tempts us with its beauties. The vocal lines, both on the verses and the refrain, are incredibly good and give Lupe the opportunity to amaze us with his emotional performance. Inspiration and fantasy overflow the song, whose mesmerizing, dramatic end leaves us speechless. Not many gothic rock bands manage to compose songs like this.

“Indirect Kiss”:  The atmospheric beginning doesn’t prepare you for what will follow! Indeed, you wait a typical gothic rock song, but when the main guitar riff is unleashed and the main part of the song begins, you forget everything and start to bang your head and dance to the amazing groove. Yes, “Indirect Kiss” is a true hit, the catchiest tune of Mosquito, a song that every band would love to have it in its album! That’s a treasure on the band’s hands, a beautiful diamond that proves Mosquito’s intelligent songwriting and musicianship. Thumbs up!

“Parallel of Sin”: What a gothic anthem! Mosquito reach musical perfection in this song, which should be described as a gothic rock ballad. Melancholic, atmospheric, sophisticated and pompous, “Parallel of Sin” isn’ t a typical song of its subgenre. On the contrary, apart from the gothic rock/metal influences, its structure and feeling brought in my mind not only the “emotional” prog rock/metal sound, but also bands like Anathema and Tiamat. This prog side is an indication of the incredible skills of the band. Another gem of “Interlacing Eternity”.

“Y”:   With a very interesting keyboard “prologue”, which could have been written by “majestic” black metal bands (Dimmu Borgir, Cradle of Filth etc), the song has all the gothic rock characteristics, until its refrain, where the vocal lines and the guitar phrases take you on an adventurous journey of lyricism and poetry. But the story of the song doesn’t stop here: you can find later a solid heavy part, which is followed by an ecstatic guitar solo. And of course, Lupe’ s top-notch singing adds curves and edges to the song. “Y” is a charming piece of music – we all know the reason “Y”.

“Second Sleep”:   Mosquito have found the connection between The Sisters of Mercy and Paradise Lost, so they reveal us a gift, which draws our attention for another time. The guitars in the beginning, the heavy groove and most of all, the expressive and impressive voice of Lupe lead us to special, unforgettable emotions. Mosquito are making art and share it with us. This is the most progressive song of the album: you will find a very atmospheric part, acoustic and heavy moments, ups and lows, darkness and light. This complexity, this contrast are the advantages of the band’s music, an advantage which keeps our interest undiminished.

“Solar Eclipse”: This track is connected with the next one, but only as the lyrics are concerned. With “Solar Eclipse” Mosquito get deeper and deeper into gothic rock, thus, the prog, even psychedelic side is still apparent. Big keyboards, emotional guitars, dramatic vocals, everything creates a goth masterpiece, with many atmospheric metal elements (this time I thought of The Gathering). This soul-taking elegy will capture your heart and mind. Mosquito’s bite is so beautifully cruel.

“Lunar Eclipse”:  The Greek gothsters continue with a gothic music poem and the listener is drowned in darkness. “Lunar Eclipse” sounds like tears falling in an ocean of sorrow, like the mourning of a solitary man. The refrain will stick to your mind, the guitars are “crying”, the rhythm section carries the load of this powerful gothic tune. The end with the grand piano and the narration will make you shiver. Mosquito are bleeding and their blood is music. Phenomenal.

“Interlacing Eternity”:  The longest song of the record, and a colossal moment. Let gothic meet heavy metal, let gothic meet progressive rock/metal, let gothic meet doom metal. The last track fully represents what Mosquito are; a band that has no limits, a band on the edge of darkness and light, a band fighting with evil and good. The song’s process is mind-blowing and finally, you get a great composition that will hypnotize you. Each part of the song has its personality, however, there is a harmonic binding. Every member of the band plays like there is no tomorrow, all members offer us a collection of emotions and musical colors. Of course, “Interlacing Eternity” closes with a dominant guitar solo. Mosquito’s hard gothic rock wins all the battles and seats on the throne. 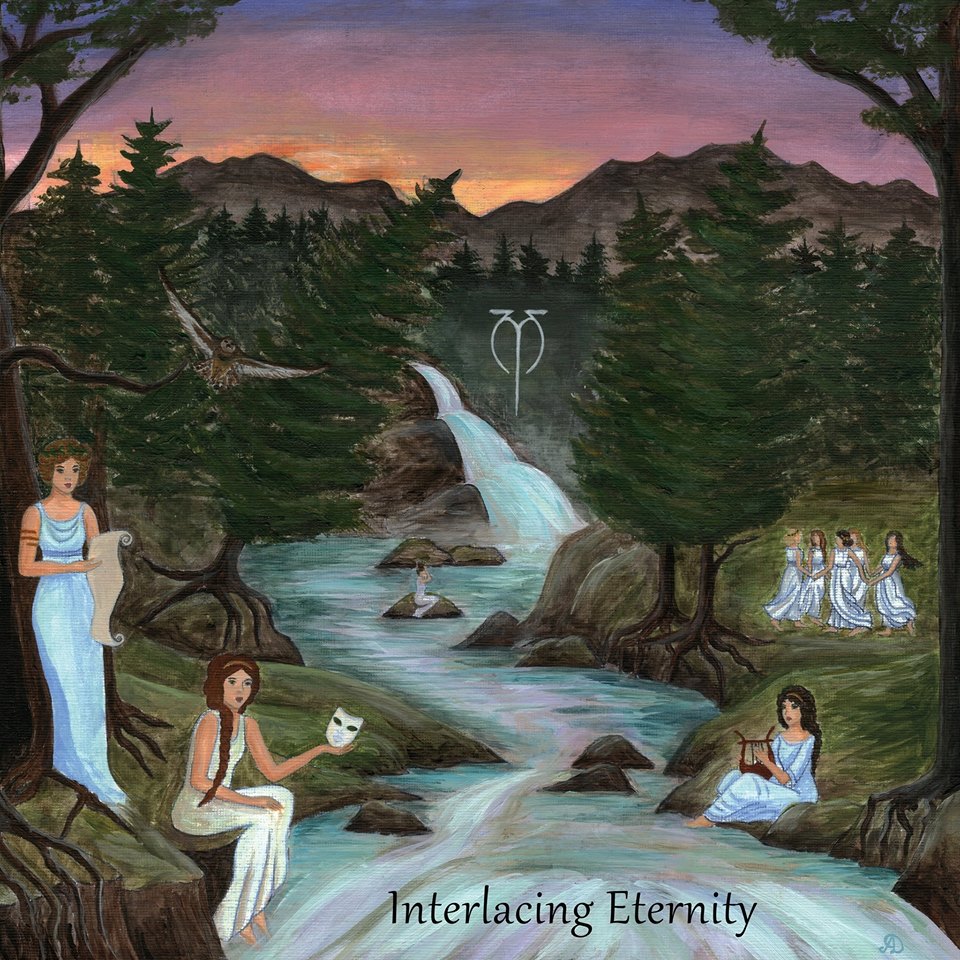 In general, “Interlacing Eternity” is a stunner of a debut album. Mosquito reach an artistic peak and manage to create something that other bands have never dreamt of. Before we refer to the music, we should praise the whole production of the album. Mosquito’s debut sounds very strong, it has the dynamics that every gothic rock album should have. You can listen to more “loud” records, “Interlacing Eternity” is a loud album by itself. Musically, Mosquito are travelling back to the British goth of the ‘80s, but, at the same time, they have good ears and are picking several things from progressive rock/metal, doom metal and extreme atmospheric metal. They have no fear, they have no remorse, they just want to play good, soulful and dramatic music. They speak to us with their brilliant songs, which start from The Sisters of Mercy and continue with Paradise Lost. Lyrically, Mosquito’s lyrics are poems that fly us to dreamy landscapes – every word is an erotic confession, an inner fight, a philosophical yell. Notice what they are talking about and you will float on a sea of emotions. The deep meanings are bound with the rich music content of “Interlacing Eternity”. All members of the band give all their potential for the best result. Listen to the album and you will agree that they have achieved every goal. Especially the vocals of Lupe and the guitars build a gothic hymn, since they have perfect quality and are ideal for their Brit goth style. And finally, we must emphasize to the emotions of “Interlacing Eternity” – it is an inner look that soon is revealed, an apocalypse of sadness and happiness, a beam of sun’s light in a cloudy sky. Mosquito did the impossible – they release music that is never going to grow old. Their fantasy, their inspiration, their expression are so fresh and now a part of our emotional world. And that’s only their first album! Congratulations to Aro-Raven, James, Jare and Lupe!