Our reviews on latest album releases 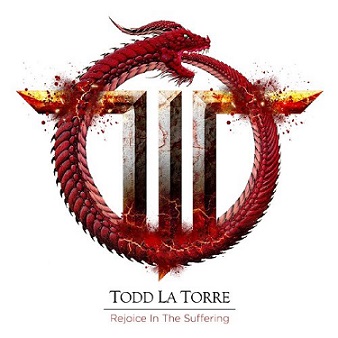 Todd La Torre, the voice of Queensrÿche, is back again, but this time with his debut solo album. Those, who were waiting for a Queensrÿche-esque album, will be surprised – La Torre’s solo album is a full-metal release, a pedal-to-the-metal album, which will satisfy every metalhead around. To be precise, “Rejoice in the Suffering” is a heavy metal album, which comes at the crossroads of traditional and more modern heavy metal. You shall be prepared for a US metal inferno, since it is pretty obvious that La Torre is a disciple of the American class of 80s and 90s metal, however, the famous singer has open ears to the modern sound of American metal, especially in the guitar sound, the guitar riffs and solos. This mix of classic and contemporary elements can be found also in the vocal style of La Torre, sometimes he is singing aggressively, sometimes there are some group vocals with a brutal touch, but most of the times La Torre’s voice follows the old school way. His amazing vocals are reminiscent of Geoff Tate and Rob Halford, and I would also say that the whole album reminds me of the Rob Halford solo albums, especially “Resurrection” and “Crucible”. Halford had there Mike Chlasciak and Patrick Lachman, here La Torre has Craig Blackwell. As far as inspiration is concerned, a plethora of fresh song ideas will please even the most demanding listeners. Every song reaches a high quality level and La Torre has the prerogative to sing catchy vocal lines, in top notch metal compositions. After constant, rewarding listening sessions, I came to the conclusion that the most interesting and vigorous songs are the ones, which have Queensrÿche influences, the most proggy, dramatic ones; I am talking about “Crossroads To Insanity”, “Vexed” and “Apology”. However, every second, every note in “Rejoice in the Suffering” has a certain meaning and significance. Come on, enjoy this heavy metal attack!