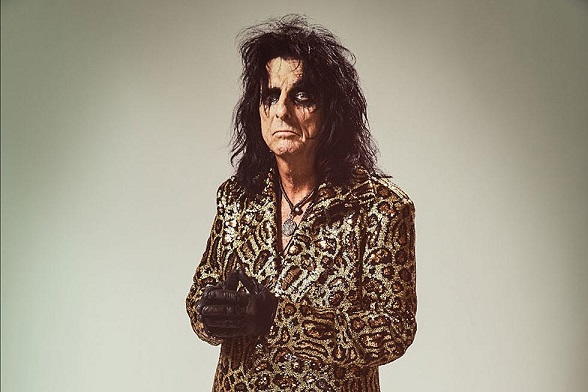 Alice Cooper is preparing his next two studio albums, together with longtime producer Bob Ezrin. The legendary shock rocker talked to the German Rolling Stone and said that he has already written 30 new songs: "A lot of those were born during the plague. We couldn't go touring for 18 months, so what's a musician gonna do? Well, they're going to write songs. Everybody has a studio in their house. So we were writing songs and doing demos. And at the end of this whole thing, I got in touch with Bob and said, 'Here's 30 songs.' And we decided, 'Okay, let's do two albums.' But the two albums are definitely two different angles of coming in to Alice Cooper. One is very hard rock; the other one is hard rock but it's twisted. And that's all I can say about it right now, because there's a couple of really important things about both albums".

Note that Alice Cooper had mentioned in the recent past, when he appeared on SiriusXM's "Trunk Nation With Eddie Trunk":  "I'm working on two albums right now, actually — two studio albums. And all I can say is that one is written — totally written — and we'll be doing bed tracks for that one pretty soon. And then the other one is just a touch in the future, but that's being written right now too. They're two entirely different kinds of albums, but they're Alice Cooper pure rock and roll albums. The two albums will really be hard rock albums". And he continued: "It's kind of like the old days when you're touring and putting out records at the same time. It kind of takes me back to when you're doing 'Love It To Death' and then you tour for 'Love It To Death'. While you're doing 'Love It To Death', you're writing 'Killer'. When 'Love It To Death' is over, 'Killer' comes out and then you go support that. And while you're doing 'Killer', you're writing 'School's Out'. So we're kind of piggybacking everything. And I kind of like that. It keeps everything moving. I don't like those big chunks of time when there's nothing going on".

Sands of Eternity has released a new single, "Enlightened (Mighty Warrior)", which can be found in the band's debut album, “Beyond The Realms Of Time”. This first album is released by Symmetric Records.

Sands Of Eternity are an evolution of Hourglass Sands Of Eternity or most commonly known as Hourglass SOE. Initially the band was formed back in 1996 in Athens and after two demos they released their debut and only album in 2002 entitled Journey To Infinity. Soon after, the band split up and each member continued its own path, up until 2021 when the guitarist and main composer Ioannis Ioakimides joined forces with the singer Michael "Dice" Papadakis in order to record the album “Beyond The Realms Of Time”, changing also the name of the band by dropping Hourglass and keeping Sands Of Eternity. The band also features Thanassis Skoutelis (bass), Vangelis Kalentzis (keyboards), Michalis Skoutelis (drums) and Kostas Nanos (guitars). “Beyond The Realms Of Time” consists of ten new songs written by Ioannis Ioakimides and produced by Bob Katsionis, always in the spirit of heavy / power metal keeping the lyrical characters of the band's roots but also evolving in terms of sound and aesthetics. 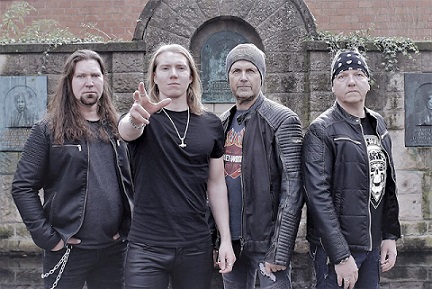 Mad Max has announced its new album, which will be titled "Wings of Time" and will be available by Rock of Angels Records (ROAR!).

It all began in the year 1982 when the "New Wave Of British Heavy Metal" stormed in from Great Britain all over Europe. This was the starting point for MAD MAX founder and guitar player Juergen Breforth to make his musical dreams come true. MAD MAX was born and now 2022, after 15 albums and concerts all around the world, MAD MAX are celebrating their 40th anniversary. WINGS OF TIME is Juergen’s vision of MAD MAX. With Julian Rolinger on lead vocals MAD MAX capture perfectly the style and vibe of their 80‘s roots but also take the MAD MAX sound way further. The first single "TOO HOT TO HANDLE" is a heavy melodic rocker with a magic groove. Radio DJs that already heard the song couldn't believe that this band is from Germany. They thought it must be a newcomer from the USA and not a band from Germany with a history of 40 years. Check out "BEST PART OF ME" which was inspired by the wonderful spirit of Jimi Jamison from SURVIVOR and you know exactly what the radio DJs are talking about. With WINGS OF TIME you will discover the new MAD MAX but there are also lots of classic guitar riffs and melodies for all the true and loyal fans who kept the MAD MAX spirit alive for 40 years. 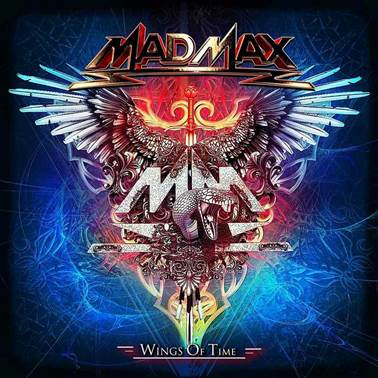 Before Sunday has released a new single, the song "If We're Forever", which will be included in the band's upcoming album, soon to be available. “If We’re Forever” is a catchy, rhythmic and engaging rock song with strong melodies and elegant performance. Enjoy it right below!