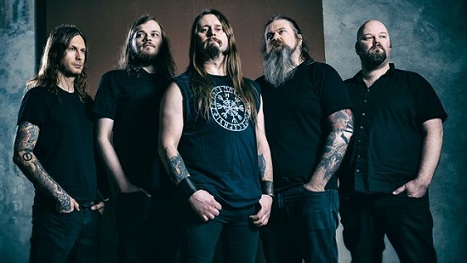 Enslaved has just announced a special streaming event! The Norwegians will play a special live concert, on Tuesday, December 21st, 2021, which will be opened by fellow psychedelic/prog band Shaman Elephant. This extraordinary streaming event, dubbed "The Otherworldly Big Band Experience", will be available to watch until the end of December 24th, 2021. Tickets are now on sale at this location.

Ivar Bjørnson (guitars, keyboards, vocals) gave some details: "Soon, the sun will turn - once again marking the transition from one year to another and the onset of brighter days ahead. We are many who wish to see this coming Winter Solstice mark a lasting turning away from dark days behind us. We have kept it up all along; virtual tours, rehearsing, writing, and releasing an album and an EP. You heard us when we said, "this will not stop us!" - the Enslaved Community has grown stronger through the crisis. Now we will close this cycle with a grandiose virtual concert, and hope for you to join us from all over the world.

"The Otherworldly Big Band Experience" is about wanting to show even more of what Enslaved is: Enslaved is also an idea. It is a live band that is teeth-grittingly metal, has rock’n’roll in its DNA, while maintaining and expanding on its position as a groundbreaking progressive metal act. All while exploring the boundaries of Norse Mythology and Rune-lore, Psychology and History.

"We have recruited both an extension to the line-up with the young and talented Bergen prog rock band, Shaman Elephant. We have worked together with some of the most talented moviemakers and visual wizards around - also young and from Bergen: Kolibri Media. Add the Enslaved live crew to the mix and you have got magick, no less.

"We have aspired to create a concert film that reflects this expanded representation of Enslaved and cannot wait to show you all. It is bigger than any project we have done before, and it is unlike anything else you have seen in this kind of music. You will see and hear songs that have never been performed before. Songs you might have heard will sound and look like you haven’t seen and heard before. There is new material, and material as old as the band. One constant binds it all together: it is Enslaved". 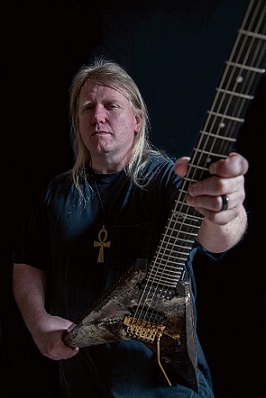 Famous mastermind of technical death metal band Nile, Karl Sanders, has signed with Napalm Records for his "Saurian" solo project. So, the new Saurian album will be released through Napalm.

Following the first two "Saurian" project albums — "Saurian Meditation" (2004) and "Saurian Exorcisms" (2009) — Karl is ready to unleash more musical musings from inside his eclectically influenced mind. To date, each "Saurian" release has explored unique, original compositions of haunting, primarily Middle Eastern inspired music in a cinematic, ambient and mostly instrumental format — similar to the quiet, exotic interludes found on Nile albums. Providing a diverse escape for both fans of Nile and those otherwise intrigued by its world music aura, "Saurian" proves that Sanders's universe is anything but one-dimensional.

In addition to releasing new "Saurian" music, Napalm will reissue both "Saurian Meditation" and "Saurian Exorcisms", with more details to come.

Sanders says: "I am just thrilled to death that we have signed up with Napalm Records for the new Karl Sanders 'Saurian' album. I am really happy that we have found such a good home for both Nile and my 'Saurian' side project, as they are a great company with some sincere people. I am looking forward in earnest to working together with everyone at Napalm to bring fans the new 'Saurian' music, as well as re-releasing the first two 'Saurian' records." 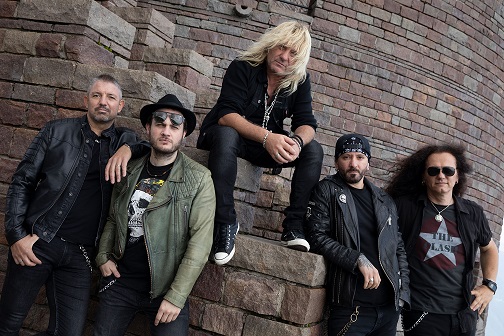 They are one of the most passionate homages to classic hard rock that has stood out in recent years: Coreleoni, founded in 2018. In the center of the formation literally beats the musical (lion-)heart of guitar icon and Gotthard founding member Leo Leoni.

"I'm happy and honored to be a part of this new and exciting chapter! Thank you, Atomic Fire Records, for keeping the metal community alive and healthy, long live rock 'n' roll," comments Leo Leoni, guitar player and the heart of the band. "I am following Gotthard since day one," says Atomic Fire Records CEO and founder Markus Wosgien and adds: "They were the hottest hard rock act of the 90's and I was always thrilled by their amazing riffs. Leo Leoni is a prodigy, he lives, breaths and plays rock 'n' roll like no one else. Luckily, I was able to work with Gotthard on their »Lipservice«, »Need To Believe« und »Firebirth« records, developed a friendship with the members and was also happy to see Leo going back to his more heavier roots with Coreleoni. Now we are proud to welcome the band to the Atomic Fire Records family!"
In 2018, Coreleoni surprised the rock community with their »The Greatest Hits - Part 1«, which was released seemingly overnight. The album, which revived the old Gotthard classics - and with them the spirit of the time - caused quite a stir. Coreleoni's third work will be released in May 2022.

New on board with Coreleoni is singer Eugent Bushpepa. With his powerful voice, he adds a whole new level of authenticity and old spirit to the songs. "I don't think anyone has released an album like this in a long time," Leo Leoni states. "Hardly anyone thinks and writes in this way anymore or still uses Les Pauls guitars and Marshall amps the way we do. Personally, as a rock fan, I've missed that a lot in recent years. And Eugent Bushpepa has turned out to be an absolute stroke of luck for that. He underlines vocally exactly what I feel like doing and what I want to hear on a new rock album."

Born in Tirana/Albania, the musician and songwriter Eugent Bushpepa started his career early: already at the age of six, he won a national singing competition. After school, he moved to Bologna/Italy to study dentistry until he began his professional career with the band Sunrise in 1998. With them, he opened for Deep Purple and Duff McKagan (Guns N' Roses) among others. Since 2011, he has been working as a vocal coach for the TV format »The Voice Of Albania«. In 2018, he represented his home country at the »Eurovision Song Contest« in Lisbon (song: 'Mall') and reached the seventh position.

"The first time I actually noticed Eugent was at the ESC," says Leo Leoni about him. "I liked his voice right away and I also liked his ESC song. Then when we got into the situation of having to look for a new singer, he immediately came back to my mind and I just contacted him. He was astonished at first and pleased alike. He is a great singer and an amazingly great person. He has an incredible amount of soul and emotion in his voice and his way of making music. That fascinates me a lot and I hope you guys out there as well."

Watch out for the first new single to be unveiled in January 2022! 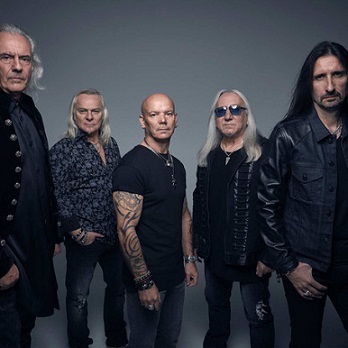 Legendary classic heavy rock band Uriah Heep has just announced its new european tour, which is going to be gigantic. Uriah Heep is celebrating 50 years of music history and will tour from September 2022 to December 2022. Greece and Cyprus are included! Below you read the post of the band on its Facebook page.

URIAH HEEP ANNOUNCE MAMMOTH EUROPEAN TOUR !
SEPTEMBER TO DECEMBER 2022
CELEBRATING 50 YEARS OF URIAH HEEP TOUR
Uriah Heep are delighted to announce an extensive European tour for 2022. The tour, 61 dates across 28 countries, is the ultimate celebration of one of the most important British rock acts of all time.
2020 saw Uriah Heep celebrate their 50th anniversary. Sadly, global events forced the band to cancel their 50th anniversary tour. But two years later, the band are ready to celebrate this extraordinary landmark.
Mick Box says, “At last, we can celebrate our 50th Anniversary now having left ‘Lockdown into Rockdown’ We may be two years later than the actual year, but hey this makes the celebration even more special. The mighty ‘Heep’ are still ‘Eavy, still ‘Umble and oh so proud of this achievement, and we look forward to being out on the road, rockin’ hard, and sharing this celebration with our wonderful fans. ‘Appy days!”
Uriah Heep have proved themselves a stunning live band - keeping hardcore fans and consistently winning a whole new audience alike. CELEBRATING 50 YEARS OF URIAH HEEP TOUR will be one of the rock events of 2022. Confirmed dates and ticket links so far listed on the bands website at http://www.uriah-heep.com/newa/livedates.php
Additional ticket links will be forthcoming in the next day or so !
Tickets on sale 10am CET Friday 3rd December 2021
Can't wait to enjoy Uriah Heep on stage!