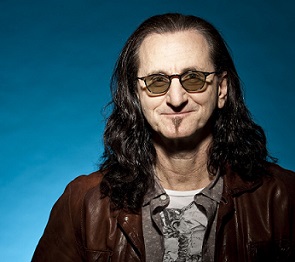 Music Radar, a music site for musicians, discussed with Rush's legendary bassist Geddy Lee, who talked about his favorite bassists of all time, giving a list of the ten bassists who blew his mind. Right below you can read the list, with some comments from Geddy Lee. More on https://www.musicradar.com/news/geddy-lee-bassists

"I always found Jack Casady from Jefferson Airplane to be very underrated. He played odd basses, like this Guild that was really modified. He was really into that mod stuff. Listen to his playing from the early days or the live album Bless Its Pointed Little Head and you’ll hear something really twangy and aggressive for what essentially was a trippy Californian band. He had this heavy tone that pushed the band along. Jefferson Airplane went through a million configurations in their history, but Jack made those early versions of this band stand out for me".

“I had the great pleasure of seeing Jack Bruce in the late 60s. But I could not find another person to come watch Cream with me… what’s the matter with people, right?! So I thought, ‘Fuck you’s all, I’ll go by myself!’ and bought a single ticket, sat on the balcony and watched them being godly. Jack had this super-distorted, big-bottom-y EB-3 that he played and it sounded so unadulterated in this small venue, it ended up being one of the most memorable concerts of my childhood. Cream really influenced those early Rush records, especially being a three-piece. Listen to a song like Spoonful or Crossroads, you can hear a band that would start a song and be unafraid to jam, just winding it out".

“The Ox! Ever since I first heard My Generation right through to Won’t Get Fooled Again or The Real Me… he was quite possibly the greatest rock bassist of all time. I don’t think it’s a stretch to say that. I’ve become friends with somebody who worked for him and still works for The Who, and I love listening to the stories of him walking around the house playing constantly. He was a bass player’s bass player. He didn’t play guitar. He didn’t want to do anything other than play awesome bass. He had the dexterity; it was just so fluid, man… a pure joy to listen to. Plus, he could get that twangy tone out of almost any bass he played".

“What a complete musician. He began as keyboard player before picking up the bass. Even before Led Zep, he was one of the most popular studio musicians in London at that time. You’re talking about the London sound! He played on all those Mickie Most records and was an arranger as well. His role in Zeppelin was a lot more profound that people credit him with. He could play keys, had an ear for arrangements and wrote great bass parts - just listen to what he does on What Is And What Should Never Be"."

"After a pair of Johns and a pair of Jacks, I might mix up the names ever so slightly. What can you say about Jaco that hasn’t been said? I had the pleasure of seeing him in Weather Report in the late-'70s/early '80s somewhere in Milwaukee. A friend of mine from the band touring with us went to watch the soundcheck and came back with this story… There’s a famous song Jaco wrote called Teen Town, one of the most quintessential bass songs that’s ever been written, and Jaco was playing drums while the keyboard player covered his bass parts. We were blown away to hear that. And then later that night, we watched the show. I’d never seen a bassist like that, making the sounds he got out of his fretless. It was unbelievable; he was the combination of a technician and a sound stylist, very adventurous and experimental with tones. He set the bar that so many others are compared to".

"This one of the more unsung bass players that I got introduced to through my love for Yes. I would say after John Entwistle, Chris Squire had the most impact on my life as a bassist, in terms of both sonically and aspiration. The first time I heard Yes was in my buddy’s house - we would skip school and hang out when no one was home, smoking joints and listening to music. One time he put a song on and asked me to close my eyes. That song was No Opportunity Necessary [No Experience Needed] from Time And A Word. The bass came blistering out of the speakers and I was wondering, ‘Who is this?!’ He sounded adventurous and rhythmic. He played with a pick, but I don’t hold that against him, haha!"

"Bill Bruford, who is connected to Yes and one of my favourite drummers from that period, did a couple of solo albums that really affected me. In his band, he had a bassist named Jeff Berlin. They did this song called Joe Frazier, which they’d stretch out live. I think he’s one of the greatest, up there with Jaco, in terms of facility, brilliance, dexterity and creativity. He could play his instrument and you’d swear you were hearing another guitar and bass - three instruments - when it was just Jeff. We’ve become friends over the years and I have so much respect for him. He’s just released a new version of Joe Frazier called Round Three - yes, he’s a big boxing fan - which I have waiting for me at home. I haven’t heard it yet, but I’ve seen people buzzing about it on the internet".

"Shit! I’m running out of spots here. I have to talk about Les Claypool, because he’s brilliant. When we first toured with Primus opening for us, we didn’t know the guys. Les came up and started laying all this complimentary stuff on me, saying he was a big Rush fan, particularly the Hemispheres period. Soon, we started jamming before the shows in the dressing rooms. He always had these weird instruments and there was only one rule to the jams - you couldn’t play your main instrument! Then I started watching them from the side of the stage every night. I’d never heard a bass player do anything like that, doing single notes in a rock way then going to slapping and popping in this slinky, almost humorous way. It was very effective rhythmically. So as much as he says I inspired him when he was young, he kinda inspired me in the middle of my career, making me realise I could get a lot more rhythm out of my playing".

"I guess I have to mention Flea here, especially now we’re talking about Californian players. I dearly would have loved to have talked to him for my book, but I ran out of pages and ran out of time. Also, he’s more known for solid-state amps and contemporary instruments, which wasn’t quite a fit for a book about the '50s and '60s basses. I was in the gym just the other day and heard Give It Away playing. He’s such an original player; he can play up top in a way that doesn’t get in the way of the vocal - in fact, it enhances the vocal".

"This is really hard because people are getting left out here. But I’m gonna go with an unusual choice back from my roots, someone who insidiously inspired everyone we’ve talked about on this list. He was from the Motown years and was not a rock guy, but if you want a real education in bass playing listen to Ain’t No Mountain High Enough. So many of those Motown classics would not have grooved the way they did or would not have been as melodic without his input. There were three players from that period in America: him, ‘Duck’ Dunn and Carol Kaye, who had the LA sound down. They were pop bassists, not rock bassists".