Right in time for its 10th anniversary, German power metal force Iron Savior surprises the fans with a special edition of their classic album „The Landing“. This new „10th Anniversary Edition“ not only includes 3 bonus tracks but was also remixed and remastered by Piet Sielck himself and comes with a revised artwork by Felipe Machado Franco.

The Landing“ became one of the most successful albums of the Hamburg-based band and was heralding a kind of resurgence for Iron Savior back then. It contains several classic tracks such as „Starlight“, „Hall Of The Heroes“ and - of course - the metal hymn par excellence, „Heavy Metal Never Dies“ – a song which was streamed way more than 10.000.000 times until this day. 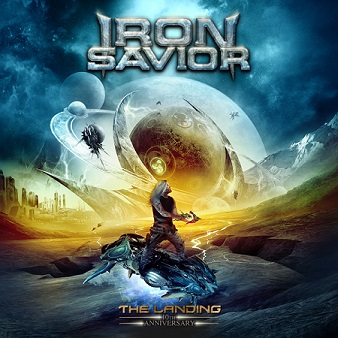