Mastodon has just released the music video for its new song "Teardrinker". The video was directed by Lorenzo Diego Carrera and the song is taken from the band's new album, "Hushed And Grim", which is due on October 29th, 2021. The new album of the American progressive metallers was recorded at West End Sound, which is located inside of Ember City, the rehearsal facility that members of Mastodon manage in Atlanta. Producer/mixer/engineer David Bottrill was in charge of the whole production. The artwork of "Hushed And Grim" was created by longtime Mastodon collaborator Paul Romano. 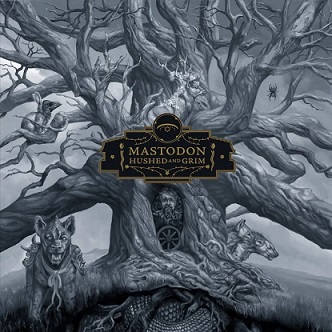