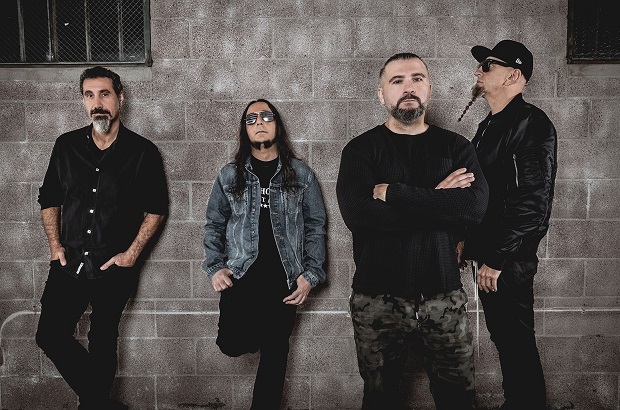 System of a Down members Serj Tankian and John Dolmayan thanked USA President Biden for officially recognizing the Armenian Genocide of 1915.

The Armenian-American musicians expressed their gratitude to the president on social media for officially recognizing the killing of 1.5 million Armenians by Ottoman Empire forces in the early 20th century as a genocide, something past U.S. administrations were unwilling to do due to concerns over alienating Turkey, an important NATO ally and influential power in the Middle East. The Turkish government continues to deny that a genocide occurred.

Tankian, whose grandparents left Armenia due to the Genocide, wrote on his social media: "Thank you to President Joe Biden for properly recognizing the #ArmenianGenocide today. This is extremely important but only a milestone towards the long road of justice ahead with Turkey and its imminent need to do the same and make amends towards the descendants of 1.5 Million Armenians, Greeks, and Assyrians systematically slaughtered by its Ottoman Turkish ancestors. Today, I will say thank you to the US and all those who have fought hard for this statement over the years".

Dolmayan posted the following message: "I would like to thank President @joebiden for recognizing officially that the Armenian Genocide perpetrated by the Ottoman Empire (Turkey) happened and that this crime against humanity emboldened Hitler and many other genocidal dictators throughout the last century. I will forever be grateful to this administration as an Armenian and as a proud American. I would further like to comment on the genocide of native Americans throughout North, Central, and South America and how the indigenous people who lived here before us deserve not only our empathy but also our support. Ultimately we are all one people regardless of our beliefs or other differences , hopefully one day we as humans will accept that fact and live in peace".