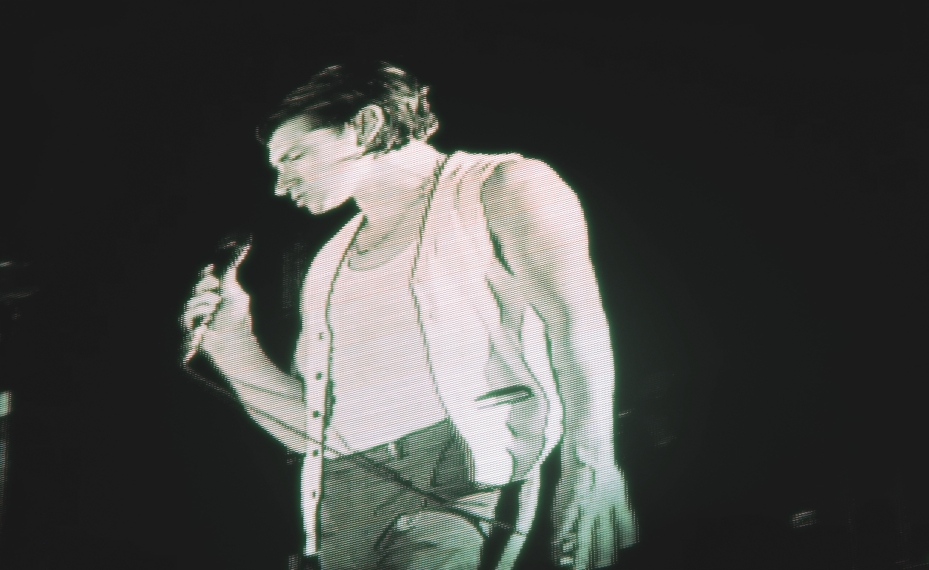 The “AM” album was a big hit in the world of contemporary rock. Arctic Monkeys succeeded in releasing a furious rock n’ roll disc, full of riffs, melodic hooks and energy. The “Tranquility Base Hotel + Casino” album was a surprise for every Arctic Monkeys fan. Having formed a “progressive lounge jazz-pop/rock” sound, the English band shocked its fans but also managed to offer an artistic masterpiece - inspired, imaginative, and sophisticated. So the news that Arctic Monkeys would visit Greece, participating in Rockwave Festival, was a nice call for every music enthusiast.

We arrived at Terravibe some minutes after five o’ clock and missed the chance to see the live show of Core the Band and Get Well Soon. I am sure that the Greeks and the Germans gave their best to deliver a great show.

Miles Kane and his band entered the stage and satisfied the audience with their fantastic, high octane alternative rock. I knew Kane from his Last Shadow Puppets project with Arctic Monkeys’ Alex Turner, but couldn’t expect such a cataclysmic rock show. His old-fashioned, hippie looks fitted the passionate, orgasmic rock n’ roll sound of his band and his guitar playing was really mind-blowing. The guitar solos were more than welcome and the melodic refrains sounded so warm and heartfelt. I don’t know Kane’s songs, so it was an amazing experience to listen to his alt-rock tunes. Next time we will be there again to give him a loud applause.

According to the festival program, the time of Alt-J had come. Don’t ask me about this band, I don’t know a thing about their story and discography - there’s only one thing that I know; they were awesome! Indeed, they managed to capture all the people in the audience with their clever, ear-catching songs. With the benefit of a perfect sound, Alt-J presented us a wonderful set of strange alt-pop/rock music, a set of music tracks which feature many odd ingredients spanning from ethnic and electronic to progressive elements. Yes, that’s music art! After this show, I am so curious and willing to explore Alt-J’s discography. Their magical sound and especially their charming vocal melodies have haunted my mind - that was a brilliant live show, a gig to be remembered!

Half past ten and we couldn’t help waiting for Arctic Monkeys’ turn. Within seconds Alex Turner and co. jumped on the stage of Rockwave Festival. Our enthusiasm and excitement were ideal for the band’s entrance. However, it was obvious that Arctic Monkey’s live sound quality was rather poor. Let’s take things from the beginning. When you attend the live show of a big name like Arctic Monkeys, you expect top quality. On the contrary, the Brits sound wasn’t loud and clear. You couldn't distinguish the instruments, the guitars were absent, and in general, that was the sound of a newcomer band … I don’t think that there were sound problems - I got the impression that, after the band’s artistic progress, both the musicians and their sound engineers are lost and don’t know which is their musical character; is it the heavy rock style of “AM” or the acoustic style of “Tranquility Base Hotel + Casino”? The whole band and its crew are in confusion and that could be easily heard. On the other hand, all the musicians were energetic and technically perfect - it was great to listen to Turner’s voice and of course, the songs the band played were wisely picked. Generally, the impressions were bad though. I personally didn’t enjoy the songs, because, apart from the sound, I witnessed a narcissistic Alex Turner, who was in his own world. I didn’t expect to see the band’s leader making a striptease, I didn’t expect to see him moving his hips like a latin dancer, I couldn’t understand why he didn’t speak to the fans almost at all… That was a disappointment, unfortunately. Arctic Monkey’s fame has grown large, and after this live performance, I personally think that the band can’t support this fame. Now that I am listening to their songs I try to forget that night and their first live show in Greece. Of course, when Arctic Monkeys visit us again, I will be there, but my expectations will be higher. We must be strict with our beloved bands.

We left the Festival with mixed feelings. We experienced things that will stay in our mind for months; Miles Kane was a blast, Alt-J were sensational and Arctic Monkeys not satisfactory. 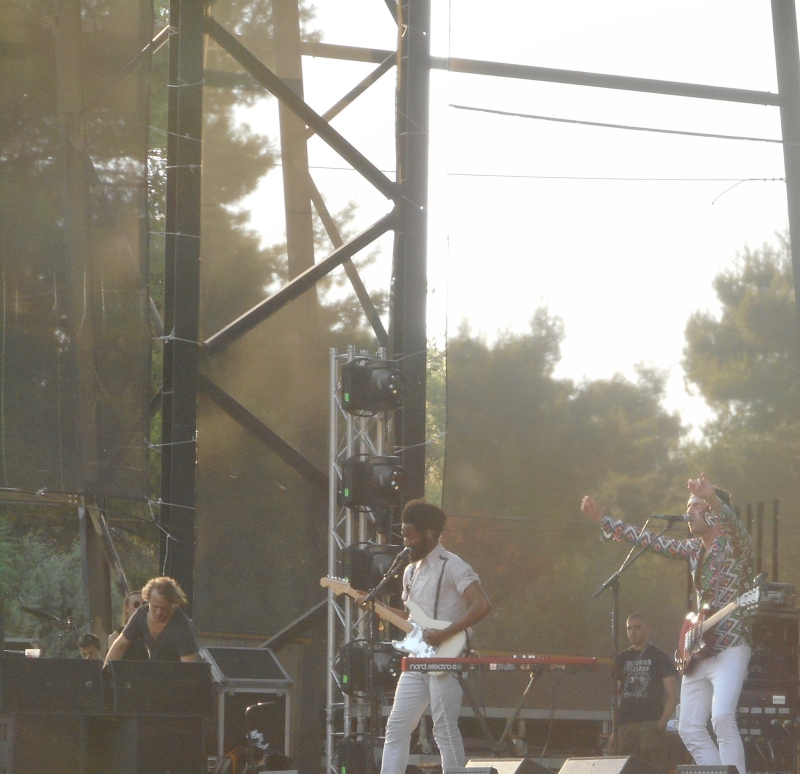 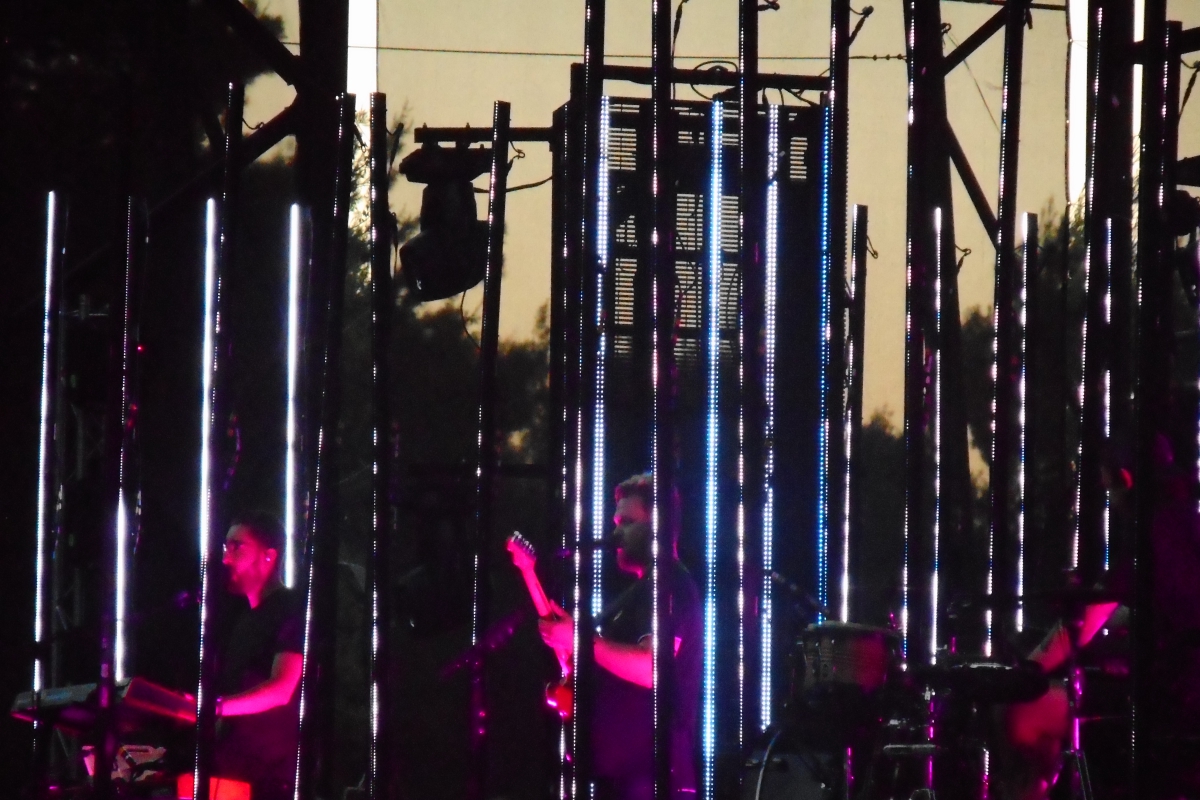